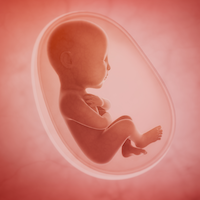 July 31, 2018 – Prenatal alcohol exposure (PAE) impairs fetal neurodevelopment and ultimately causes fetal alcohol spectrum disorders (FASD). PAE has also been associated with low birthweight and a higher risk for development of childhood obesity and metabolic dysfunction including glucose intolerance and cardiovascular disease. Evidence supporting a direct role of PAE in development of obesity and metabolic syndrome, however, is inconsistent and somewhat controversial. A new report from the lab of NRI researcher Susan Smith, PhD, seeks to unambiguously define whether PAE can cause metabolic syndrome, and if so, how.

In addition to being intoxicating, alcohol is also calorie dense: Ounce for ounce, beer contains roughly the same calories as (non-diet) soda, while wine contains twice the calorie content. Test animals being fed alcohol are, therefore, also being fed a high-calorie diet, and it is well established that a high-calorie diet can cause obesity. Smith’s group noticed that the dietary control for alcohol studies varied throughout research studies and were typically either water or sugar water. While alcohol and sugar water both contain carbohydrates, it is important to note that alcohol does not trigger the same metabolic response as sugar, so feeding carbohydrates as a control could lead to the wrong conclusions.

In this most recent publication, Smith’s group took a comprehensive look at physiology and in test animals compared maternal diets that included alcohol with those that used carbohydrate, fat, or water as controls in place of alcohol. In the rigorous comparison of PAE vs. maternal high-fat diets, they found that the PAE diet:

By applying more appropriate dietary and caloric controls in a mouse model of PAE, Amos-Kroohs et al. find that the obesity and metabolic syndrome seen with PAE is calorie- and not alcohol-intake specific. In this regard, this study highlights the importance of understanding physiology and good experimental design and also serves as an example of how discrepancies seen between various studies can arise.

While PAE in mice did not change offspring eating behaviors, children with FASD often do have eating disorders, and certainly the behavior of a child is more complex than that of a laboratory mouse. This study suggests that these eating disorders may arise from environmental cues, rather than alcohol-induced metabolic changes, and this ultimately could inform diet and behavior treatment of children with FASD.