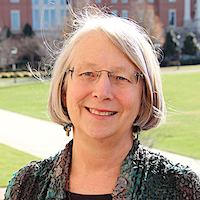 Susan M. Smith, PhD, has been named the inaugural holder of The Dickson Foundation – Harris Teeter Distinguished Professorship in Nutrition.

Smith, who joined the UNC-Chapel Hill faculty in 2016, is a professor of Nutrition at the Gillings School of Global Public Health and serves as deputy director for science at the UNC Nutrition Research Institute.

The newly endowed professorship is named in honor of the Dickson family and their business, Harris Teeter Supermarkets. Alan Dickson, a founding member of the UNC Nutrition Research Institute’s advisory board, made the gift in 2010 to establish an endowment to attract or retain a distinguished teacher and scholar to the institute. Mr. Dickson passed away in 2012. This gift was completed with a matching grant from the State of North Carolina’s Distinguished Professors Endowment Trust Fund.

“We are grateful for the Dickson Family’s and Harris Teeter’s support,” said former NRI Director Steven Zeisel, M.D., Ph.D. “The significance of an endowment to support a professorship can’t be understated. Universities vie for the very best scholars to enrich their institutions’ offerings to students. Having a distinguished professorship to bestow helps us ensure that an eminent scientist will remain at the NRI for years to come and help strengthen the institution. Thanks to the Dickson family’s generosity, we are able to award this endowed professorship to Susan Smith.”

Smith researches the molecular mechanisms by which dietary nutrients affect prenatal development. Her work focuses on alcohol and how it alters nutrient use to damage the fetus, causing fetal alcohol syndrome. Her work has shown that alcohol alters how the mother and fetus use essential nutrients, and has identified genetic factors that attenuate alcohol’s fetal toxicity. Her work is supported by the National Institutes of Health, where she was a MERIT recipient and served on the NIAAA Advisory Council. She is past chair of the NIH Neurotoxicology and Alcohol (NAL) study section and past-president of the Fetal Alcohol Spectrum Disorders Study Group.

Smith received her Ph.D. in biochemistry from University of Wisconsin-Madison and was a postdoctoral fellow at Harvard Medical School in developmental biology. Some of her key publications include Prenatal alcohol exposure alters fetal iron distribution and elevates hepatic hepcidin in a rat model of fetal alcohol spectrum disorders and Significantly dysregulated eating behavior and hyperphagia in children with prenatal alcohol exposure. Polymorphisms in SLC44A1 are associated with cognitive improvement in children diagnosed with fetal alcohol spectrum disorder: an exploratory study of oral choline supplementation was recently published in the American Journal of Clinical Nutrition.

“Endowed professorships are critical to the Nutrition Research Institute’s future so that we can continue to recruit outstanding new faculty and confer added distinction and support upon exceptional current faculty,” said Stephen Hursting, Ph.D., director of the UNC Nutrition Research Institute. “I am delighted that we are able to recognize Dr. Smith and her contributions to the field of nutrition research through the Dickson Foundation – Harris Teeter Professorship.”