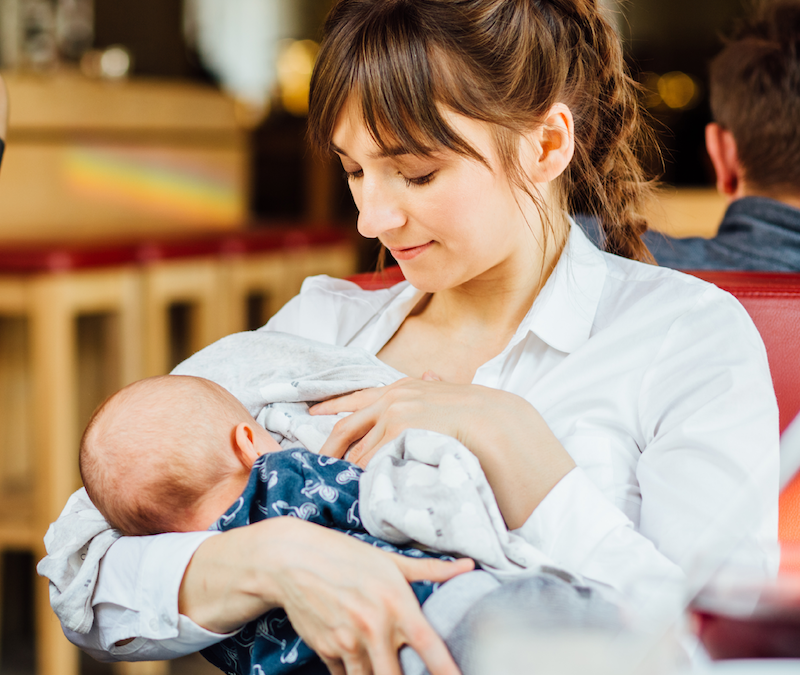 January 25, 2019 – Pregnant women are often consumed by dietary choices such as finding a great prenatal vitamin, eating foods that will promote fetal growth, and doing everything they can to protect their pregnancy. After delivery, however, the mother’s preoccupation with her diet often pauses for four to six months. The Cheatham Nutrition & Cognition Lab is turning this type of thinking on its head with the belief that what women eat while breastfeeding greatly impacts their breastmilk and ultimately, their children’s development.

In the Infant Cognition and Nutrition (I.C.A.N.) Study, the Cheatham team will test whether eating an egg for five out of seven days each week while breastfeeding will improve infant cognitive development. The study focuses on the effect of maternal nutrition on infant cognition and how whole foods impact brain development. Carol L. Cheatham, PhD, Associate Professor of Psychology & Neuroscience, believes that whole foods should be the focal point of every breastfeeding woman’s diet. Nutrients in these foods are a key puzzle piece in infant development. One such whole food, the egg, is of particular interest to Dr. Cheatham and her quest to support infant cognitive development. Eggs contain three nutrients that Dr. Cheatham has previously shown to improve cognitive function in infants and toddlers; choline, lutein, and docosahexaenoic acid (DHA) are all found in eggs and have been shown to have a synergistic effect when consumed, meaning that together they are more powerful than alone.

DHA is considered to be a fundamental part of neurological development because of its high contribution to the functioning of neurons, glia, and synapses. Unfortunately, because DHA is unsaturated, it is highly susceptible to oxidation. Choline protects DHA as it carries it from the liver where it is stored to the brain where it can be used. The third nutrient, lutein, is found in areas of the brain that promote sensory input, memory, and higher order cognition. Although the exact function of lutein in the brain is unknown, it is apparent that lutein is necessary for development, and its antioxidant properties seem to be important for the protection and function of DHA in the cells. Dr. Cheatham hypothesizes that the inclusion of these nutrients in the maternal diet will increase their levels in breastmilk and improve infant cognition.

You might ask yourself, “How can infant cognition be measured? Aren’t babies too young to solve problems and have memory recognition?” At six months of age, infant cognition will be measured using event-related potentials (ERP). The babies’ heads are fitted with a net of sensors with soft sponges soaked in a salt-water solution that aids in electrical conductance in the scalp. This system records the electroencephalogram (EEG) while time-locking it to the presentation of familiar and new pictures that the babies are viewing on a computer screen. In this way, the Cheatham team can quantify the electrophysiological response in the brain the millisecond that the stimuli appear on the screen. Then, they infer recognition memory by comparing the ERP generated when the infants are observing the familiar pictures to the ERP generated when they are seeing a picture for the first time.

The Cheatham team hopes that the I.C.A.N. Study will demonstrate to mothers that food choices while breastfeeding are extremely important in infant brain development and can be an influential factor in their children’s future cognitive abilities.