Saroja Voruganti, Ph.D., joined the UNC Nutrition Research Institute (NRI) in 2013 as assistant professor in the Department of Nutrition, UNC-Chapel Hill. Dr. Voruganti’s research investigates how genetic and environmental (particularly diet and nutrients) factors impact hyperuricemia, gout, kidney and cardiovascular disease, with the goal of finding new treatment options.
Dr. Voruganti earned her B.Sc. degree with honors in Foods and Nutrition at The University of Delhi, India, and a post-graduate diploma in Dietetics and Hospital Food Service. She received a Ph.D. in Nutritional Sciences from the University of Texas at Austin and did post-doctoral work in Genetic Epidemiology at the Texas Biomedical Research Institute.
She has conducted several studies involving minority populations such as Mexican Americans, American Indians, Western Alaska Natives and Hispanic children. Her focus in all these studies is to understand genetic and environmental influences on renal-cardiovascular disease risk.
Dr. Voruganti has published or has in press more than 75 scholarly papers and has authored chapters in two books: Handbook of Anthropometry: Physical Measures of Human Form in Health and Disease and Human Variation: From the Laboratory to the Field. 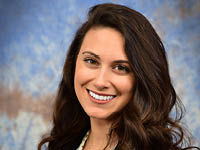 Lauren joined the NRI in March 2020 as a data analyst in the Voruganti Lab. She has recently completed her Master of Science degree in Bioinformatics and Genomics, and will begin her Ph.D. in Computational Biology and Bioinformatics this fall. She is assisting the Voruganti Lab group with data analysis for the Viva La Familia study at NRI, and she is also working on an urban microbial metagenomics study at UNCC. Outside of the lab, she enjoys spending time with family, friends, and traveling. 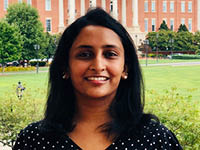 Faustina hails from south India. She completed her BS, in plant biotechnology from Stella Maris College in Chennai, India and her MS in biotechnology from Sathyabama University in Chennai, India. She eventually moved to US for her husband’s job and joined Rowan Cabarrus Community College to find a door that would lead to a career in research. She joined the Voruganti lab as an intern from RCCC in January 2019 and is now a PhD candidate in the same lab. Faustina is excited to be a part of NRI and the remarkable research that is happening here. In her free time, she enjoys exploring the beaches and mountains of the Carolinas with her husband and kids. 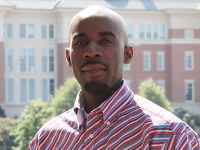 Baba graduated from Gambia College School of Education with an AS in science and mathematics. He taught Junior Secondary School science for three years before migrating to the U.S. to pursue higher education. Baba joined the Voruganti lab as a student intern from RCCC before officially joining the team as research technician in July 2015. 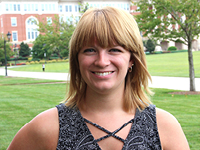 Brea received her Associate’s in Applied Science in Biotechnology at RCCC. She was an intern for the Voruganti lab from May 2017 until being hired July 2017. Brea’s focus is helping to recruit for studies and helping manage the Precision Nutrition Core, as well as, lab work. She also learned and became certified in phlebotomy while working at NRI. Brea is from Advance, NC and when she is not at work, she enjoys time with her family, dogs, fishing, and going to the beach. 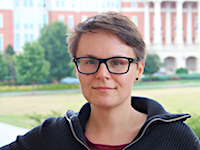 Kendra joined the Voruganti Lab the NRI in August 2019 where she focuses on the role of nutrition and genetics in obesity and neurodegenerative diseases. In May 2016 she received her undergraduate degree in Nutrition from Southern Utah University where she conducted research focusing on the accuracy of consumer fitness trackers and their value as an assessment tool in dietetics practice and future nutrition research. Kendra worked as a public health sanitarian prior to attending UNC's MPH/RD program from which she graduated in December 2019, earning her registered dietitian credentials shortly afterward.