Should You Exercise When You’re Sick? 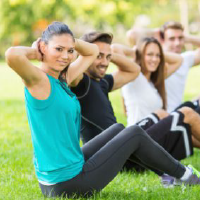 This article was published originally on transformingscience.com.

February 26, 2018 – If you want to protect yourself from colds and flu, regular exercise may be the ultimate immunity-booster. Studies have shown that moderate aerobic exercise—around 30 to 45 minutes a day of activities like walking, biking or running—can more than halve your risk for respiratory infections and other common winter maladies.

There’s some evidence that very intense exercise—running a marathon, say—can briefly suppress your immune function, says Dr. Bruce Barrett, a professor of family medicine at the University of Wisconsin School of Medicine and Public Health. But in general, physical activity is a great way to shield yourself from illness, he says. 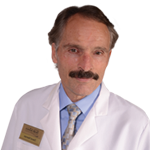 Other experts agree. “Your immune system needs activity to do its job better,” says David Nieman, a professor and director of the Human Performance Lab at Appalachian State University. “Every time you exercise, you increase the circulation of important immune cells.”

But once you’ve caught a bug and are feeling crummy, the story changes. “Exercise is great for prevention, but it can be lousy for therapy,” Nieman says.
Research from Ball State University shows that moderate exercise has no effect on the duration or severity of the common cold. “If your symptoms are neck up—things like sinus and nasal congestion, sort throat, etc.—exercise neither helps nor hurts,” Nieman says. If you feel up to it, there doesn’t seem to be much harm in continuing to work out, he adds.
But if you have the flu or other forms of fever-causing systemic infections, exercise is a bad idea.

“Back in the 1940s during the polio epidemic, some investigators noticed that athletes who played a hard game of football were coming down with the more severe form of polio,” Nieman says. This observation led to follow-up studies on the way viruses respond to exercise in both primates and humans. The sum and substance of those studies, Nieman says, is that a body infected with flu can react very poorly to physical activity. “A lot of athletes have this idea that, if I have a fever, I should sweat it out,” he says. “That’s the craziest idea ever.”

Other experts repeat his warnings. “Never exercise with flu or fever,” says Mariane Fahlman, a professor of health education at Wayne State University.

Fahlman has examined how training affects the immune function of cross country runners. She says that when a person is suffering from flu or some other fever-causing infection, his immune system is working overtime to fight off that infection. Exercise is a form of physical stress that makes the immune system’s task more difficult.
There may be far more serious consequences.

In the 1990s, researchers in Australia found evidence that some athletes who continued to exercise while suffering from flu developed a form of chronic fatigue syndrome that, in some cases, stuck around for several years. “These are painful case histories to read,” Nieman says. “We don’t know exactly what’s going on, but my belief is that the virus spreads throughout the body in a subclinical form and engages the immune system and makes the individual feel tired.”

He says the research on this phenomenon is far from conclusive, but that he’s personally worked with dozens of athletes who have suffered from this form of prolonged, virus-induced fatigue. Even after their infection was gone, they’ve reported feeling weak and tired, and some have not been able to perform at their previous level for months or even years.

“I know that not exercising at all is a bitter pill for many to swallow,” Nieman says. (He’s run 58 marathons himself, so he knows how difficult it can be to take a week or two off from training.) “But if you have the flu or anything that causes fever or muscles aches or weakness, that’s a time to not exercise at all.”
Once your fever has subsided, wait a full week before easing yourself back into exercise, he says. Start with long walks, and progress to moderate workouts. By the end of the second week post-fever, if you’re feeling good, you can return to your usual training. “If you have any muscle aches or weakness, you want those to be gone before you try vigorous exercise,” he adds. “You may feel like you can push through it to feel better, but this is wrong.”
Like a broken arm or sprained ankle, your flu-weakened body needs time and rest to fully heal before it can stand up to the rigors of exercise.