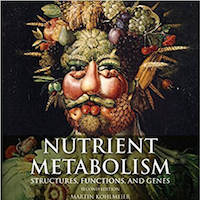 This article was published originally on prevention.com.

To read more about Dr. Kohlmeier’s work with nutrient metabolism, click here.
April 26, 2018 – Joanne Laird had struggled with obesity for her entire life. She’d tried every diet under the sun, but it wasn’t until last June, when she received the results of an at-home DNA test, that she was finally able to shed the extra pounds.

That test was 23andme Health + Ancestry, and Laird credits it as the sole factor that helped her drop 61 pounds in just 8 months. “It was an absolute miracle,” she says. She initially opted to take the test to learn more about her skin cancer risk—but it was the results related to her diet that ended up making the most significant difference in her health.

Laird was surprised to learn from her 23andme report that genetic factors can influence how the body processes certain nutrients, and can also effect weight. The gene APOA2, for example, is involved in the production of a protein that affects the body’s response to saturated fat. And Laird was among the 10 to 15% of Americans who has a variant of the gene, called the GG variant, that predisposes her to weight gain on a high saturated fat diet—even if she eats a healthy number of calories.

A longtime vegetarian, 75-year-old Laird relied heavily on cheese as a protein source. “I was eating it daily. Anything I made, I’d put cheese on,” she says. Cheese is high in saturated fat, but because Laird’s cholesterol levels were perfectly healthy, it never occurred to her that she might be eating too much. Her 23andme report changed her thinking, though: What if her weight struggles all came down to the saturated fat in the cheese she was eating?

I started losing immediately, and it just continued.

23andme didn’t explicitly instruct Laird to cut cheese or other sources of saturated fat out of her diet. The report just said that eating more than 22 grams of the nutrient daily—well above the American Heart Association’s 13 grams recommended daily upper limit—would increase her risk for weight gain. But she decided to cut out cheese to see if the diet change could help her lose weight. And it did—big time. Within eight months, Laird had dropped 61 pounds. “I started losing immediately, and it just continued. I feel so healthy and good,” she says.

Laird had been a regular exerciser before nixing cheese from her diet and didn’t increase her activity afterward. She can’t say for sure whether her calorie intake is exactly the same, but she hasn’t made a specific effort to eat less. “It really is the cheese,” she says.

Laird’s success surprised her. But it might not have had she known a little more about APOA2. When it comes to genes that play a role in obesity, it’s one of the best-studied ones out there. If you’re someone like Laird who has the GG variant and eats a saturated fat-rich diet, lowering your intake will likely make a difference in your weight, says Martin Kohlmeier, MD, PhD, director of the Human Research Core and Nutrigenetics Laboratory at the UNC Nutrition Research Institute in Kannapolis, North Carolina.

“Obesity is a very complex issue. There are at least 130 genes where variants involved make a difference,” Kohlmeier explains. But so far, this genetic variant is thought to make the biggest difference, accounting for around 8 to 10 pounds. So what we’re talking about is worthwhile,” he adds.

It’s important to note, however, that even for those with the APOA2 gene, there are other variables other than saturated fat intake that impacts weight, including exercise, overall diet, and other genes, too. As Kohlmeir mentioned, there are countless genes—including at least five other genes related to saturated fat intake—that play a role in weight, and we don’t know that much about all of them yet.

Since we still have a lot to learn about how our genes influence our weight, experts caution that much of the advice doled out by at-home tests might not be backed by tons of evidence. “Right now it’s still the wild west, where it’s not very transparent to the consumer how credible claims are and how much benefit they should really expect,” Dr. Kohlmeier says.

There’s also the fact that genes are just one of many components that determine your weight overall. “You can’t flip a switch and solve the problem,” says Ali Webster, PhD, RD, associate director of nutrition communications at the International Food Information Council. DNA tests don’t take into account things like lifestyle habits or the condition of your microbiome, the community of microorganisms that lives in your gut, Webster adds.

You can’t flip a switch and solve the problem.

While Laird feels she’s certain of how she lost the weight, it’s impossible to say that cutting out cheese was the only thing that made a difference. “The body could be responding poorly to saturated fat on a genetic level, but you can’t exclude other factors,” Webster says. If you start eating less saturated fat and replace it with lower-calorie foods, this might also help you lose weight. (One example of this: swapping 2 tablespoons of cheddar cheese (70 calories) for 2 tablespoons of chopped olives (10 calories) in a salad.)

That’s not to say that at-home genetic tests can’t offer valuable clues to nudge you towards better health. “Overall, these are guidance points,” Dr. Kohlmeier says. Learning that you carry a certain gene or variant could motivate you to make good-for-you changes, like exercising more to protect your heart or eating more fruits and vegetables to lower your chronic disease risk. And those things very well might add up to pounds lost.

But if your number-one goal is to slim down, you might see better results by talking with a professional, says Webster. A 2015 clinical trial found that diets based on genetic-focused nutrition are no more beneficial for weight loss than standard diets. And the Academy of Nutrition and Dietetics doesn’t yet support the use of genetic testing for dietary advice. Your doctor or a registered dietitian can look at your full health history, and if it seems appropriate, recommend tests like a lipid panel, glucose test, and yes—even a DNA test. “Based on that full picture, they can help you develop a weight loss plan,” Webster says