Chinese herb may be a natural method of treating diabetes 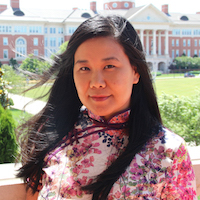 This article was originally published by the UNC Gillings School of Global Public Health.

May 31, 2019 – The traditional Chinese herb Lycii Cortex (LyC), with its powerful compound kukoamine B, could be an effective nutraceutical choice for lowering blood glucose when used alone or in combination with low doses of first-line diabetes medications.

Li’s father regularly used Chinese herbs in his work as a doctor, and she has long wanted to study the herbs’ scientific benefits. LyC is the root bark of Lycium chinense or L. barbarum,which commonly is used to treat diseases that create what Chinese medicine refers to as “heat symptoms,” including higher body temperature, excessive thirst, hypertension, fever and Type 2 diabetes. LyC has heat-neutralizing properties that help balance the body, says Li.

“However, there are not many scientific studies focused on bioactive molecules or working mechanisms to support the clinical application of herbs,” she says. “I have always wanted to start a research program focusing on evidence-based research of traditional Chinese medicine herbs, thus better applying them as nutraceuticals, to be used independently or in combination with first-line medications to improve human health.”

According to the International Diabetes Federation, there are approximately 415 million people with diabetes in the world, and the number is expected to rise to 642 million by the year 2040. These patients are at risk for uncontrolled high blood sugar accompanied with long-term complications such as cardiovascular diseases, diabetic retinopathy and diabetic nephropathy.

Kukoamine B (KB) is the major and featured constituent of LyC and a phytochemical marker that indicates the quality of LyC products. For this study, Li and her team conducted animal studies on mice to determine the anti-diabetic effects of LyC and KB compared with two standard anti-diabetic drugs, metformin and rosiglitazone.

The team found that KB regulated lipid and energy metabolic pathways toward homeostasis and alleviated chronic inflammatory cytokines in circulation, thus eventually lowering fasting blood glucose. The team did not see significant side effects in the mice after KB treatment, but did observe bodyweight gains and mass increases in liver tissue in the mice treated with rosiglitazone. With the investigated low dose in this study, metformin appeared to be less effective at regulating lipid metabolism, fatty acid oxidation and anti-inflammatory markers.

Li currently is looking for more funding opportunities to expand this kind of research and apply similar approaches to other traditional herbs and formulas in Chinese medicine, especially those that have shown obvious efficacy in clinics.

“Metabolomics is an amazing tool helping us to understand the scientific evidence for traditional Chinese medicine herbs, especially the modes of action that we might have never thought of. I believe this methodology will facilitate translational research from traditional medicine to modern science, which can be used to improve human health.”

Sumner emphasizes that metabolomics has come to the fore as a tool to identify biomarkers and gain insights into mechanisms related to the onset, progression and resolution of disease.

“The application of metabolomics in pharmacology, and in natural products research, is leading us to reveal mechanisms of action, to identify new targets for drug development, and to understand how to use natural products and nutrients as adjuvants to drug treatments,” she says.