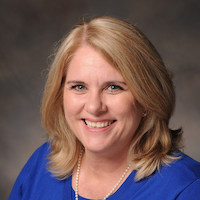 Published on The Gillings School of Global Public Health website May 19, 2021.

Research has shown that using illicit drugs, including opiates and opioids, can disrupt a person’s metabolism and impact neurological and behavioral function. Experts at the UNC Gillings School of Global Public Health have shed new light on this link, and the biological clues they’ve uncovered could lead to the development of nutrition therapies that could diminish addiction and reduce the harmful effects of substance abuse.

An estimated 53 million people around the world use opioids. According to the World Health Organization, deaths from opioids account for more than 70% of worldwide drug overdoses. Impacts of prolonged opioid use can go beyond the effect on the central nervous system – it has also been associated with certain cancers, diabetes and cardiovascular disease. Opioid use can lead to the development of opioid use disorder (OUD) in some individuals. OUD is a clinical pattern of abuse that has harmful social, emotional and biological impacts.

Susan Sumner, PhD, a professor at the UNC Nutrition Research Institute (NRI), points out that “for decades, many researchers have recognized that addiction is initiated as a metabolic disruption, and many studies have pointed to poor nutrition among addicts. Yet, the specific mechanisms underlying addiction and how to intervene with nutrition have not been delineated.”

To understand why some individuals taking opioids develop an addiction to opioids while others do not, and to reveal objective biomarkers of OUD, investigators at the NRI collaborated with the Tehran University of Medical Science, the Golestan University of Medical Sciences, the National Cancer Institute and the National Institute on Drug Abuse (NIDA). Reza Ghanbari, PhD, led the research while conducting a NIDA Invest Fellowship in Sumner’s laboratory.

Their first study, published in Frontiers in Nutrition, was co-first authored by Ghanbari and Assistant Professors Yuan-Yuan Li, PhD, and Wimal Pathmasiri, PhD. It examined a cohort of opium users in the Golestan Province of Iran to understand how opium use disrupted metabolism. Compared to non-opium users, opium users were found to have a significant disruption in metabolites derived from vitamins, as well as in metabolites and pathways that are involved in neurotransmission, Kreb’s cycle metabolism, purine metabolism, central carbon metabolism and acetylation.

In this sample, opium users also had an increase in alcohol and tobacco use in comparison to non-opium users. Concurrent substance use plays an important role in understanding metabolic disruptions.

The second study, co-first authored by Ghanbari and Li, was published in Translational Psychiatry and compared opium users diagnosed with OUD to opium users who were diagnosed as OUD negative. The study team’s analysis uncovered a biomarker profile that, together with subject characteristic data, was 95 percent accurate in predicting the OUD outcome.

Overall, these investigations pointed to a nutrient cocktail that, if validated, may be found to mitigate against addiction or diminish adverse effects associated with addiction. According to Sumner, the findings of these studies have broad implications for using this approach to derive nutrition therapy that can prevent addiction to substances and mitigate the effects of substance abuse.