Professor of Nutrition and Pediatrics 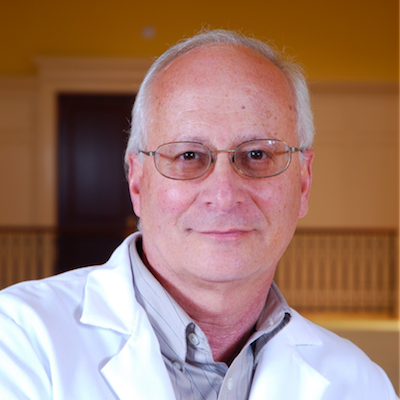 As the North Carolina Research Campus (NCRC) grows and more scientists and administrators move to Kannapolis, there is one face that has been here since the beginning. Founding NRI Director Steven Zeisel, MD, PhD, was a leader in this innovative venture before the first shovel hit the dirt. From the start, Zeisel was involved in building the dream of the NCRC, including its unique mission, novel approach to research, and distinguished team. Not only has he played an integral role alongside David H. Murdock in developing the vision of the Campus, he has also led the charge to seek scientific synergy between the best minds in nutrition research, through collaboration with the other NCRC organizations.
Under Zeisel’s leadership, this collaboration is the defining hallmark that will revolutionize the field of nutrition worldwide. Zeisel’s passion for the science of nutrition is evident throughout his distinguished career. He initially attended medical school at Harvard and completed his residency in pediatrics at Yale-New Haven Hospital. He earned his PhD in Nutrition from Massachusetts Institute of Technology in 1979.
After rising to the rank of professor at Boston University’s School of Medicine, Zeisel joined UNC-Chapel Hill’s faculty in 1990, becoming professor and chair of the UNC Department of Nutrition (the first department of nutrition in the country in both a school of public health and a medical school). In 1999, he was named Associate Dean of Research for the UNC School of Public Health. Later he began directing UNC’s Clinical Nutrition Research Unit (now called the UNC Nutrition Obesity Research Center). Subsequently, he was named a Kenan Distinguished University Professor of Nutrition & Pediatrics at the UNC Gillings School of Global Public Health and at the UNC School of Medicine in 2005.
Show More
A world-renowned scientist, Zeisel is credited with the discovery of choline’s role as an essential nutrient, particularly for women during pregnancy. His studies on choline were the first to create an understanding of the nutrient’s critical role in brain development of infants. His research led the field of nutrition to establish the significance of this essential nutrient for brain development and outline the far-reaching implications for pregnant mothers.
After discovering that a defined level of choline in the mother’s body during pregnancy enhances the brain efficiency of the child three-fold, Zeisel and his research team further established that a select group of mothers were able to produce choline naturally. Zeisel continued his research on choline to identify the genetic markers that will allow mothers to test whether they produce sufficient levels of choline naturally, or if dietary intervention is required.
This focus on individual variation and nutritional needs has since become the mission of the UNC Nutrition Research Institute.  With this mission as a guiding principle, Dr. Zeisel and NRI research teams focus on identifying individual differences in nutrient metabolism, using the variation in requirements for choline as a model.
Now at the helm of the NRI, Zeisel keeps one foot in administration and the other in science. Zeisel drives the NRI’s progress toward ground-breaking discovery in metabolomics, nutrigenomics, obesity, and cancer as he actively identifies and recruits top scientists who will enhance both the NRI’s body of work and its reputation. In addition to directing the Institute’s growing faculty, he has continued his research in nutrition and brain development, overseeing active laboratories in Kannapolis and Chapel Hill.
Currently, Zeisel’s laboratory teams are investigating how gene misspellings alter dietary requirements, how diet can add marks to genes which turn them on an off (epigenetics), and how choline is needed for normal liver, muscle and sperm function. All of these studies have been supported by grants from the US National Institutes of Health.
Dr. Zeisel’s research efforts have won him many awards, including the esteemed National Institute of Environmental Health Sciences’ Falk Award. Zeisel received the award at the event in October, 2010 at Research Triangle Park, where he presented the Hans L. Falk Memorial Lecture entitled, “Nutrigenomics, Estrogen and Environmental Chemicals Influence the Dietary Requirements of Choline.” Each year a featured speaker that has made significant contributions to environmental health sciences research presents a memorial lecture honoring Hans L. Falk, NIEHS’ first scientific director. That same year, Dr. Zeisel delivered the State-of-the Art Lecture at the Annual meeting of the American Gastroenterologic Association.
In 2009, Zeisel was also selected to deliver the prestigious W.O. Atwater Lecture by the US Department of Agriculture, an honor reserved for those scientists who have made unique contributions toward improving the diet and nutrition of people around the world.
His other prestigious honors and awards include the American Society for Nutrition’s Osborne and Mendel Award, the American College of Nutrition’s Award for Outstanding Achievements in Nutrition, and the Bristol-Meyers Squibb/Mead Johnson Award for Distinguished Achievement in Nutrition.
For more information about Dr. Zeisel or to schedule an interview, please contact the UNC Nutrition Research Institute, 704-250-5008. 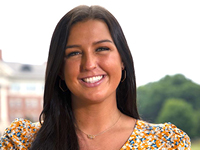 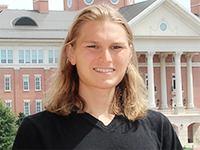 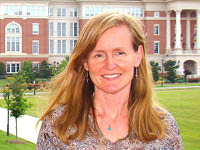 Four-year follow-up of a randomized controlled trial of choline for neurodevelopment in fetal alcohol spectrum disorder.

Perspective: Dietary Biomarkers of Intake and Exposure-Exploration with Omics Approaches.

Choline: The Neurocognitive Essential Nutrient of Interest to Obstetricians and Gynecologists.

Low availability of choline in utero disrupts development and function of the retina.

A Conceptual Framework for Studying and Investing in Precision Nutrition.

Dietary choline and betaine intakes and risk of total and lethal prostate cancer in the Atherosclerosis Risk in Communities (ARIC) Study.

MicroRNA-129-5p is regulated by choline availability and controls EGF receptor synthesis and neurogenesis in the cerebral cortex.

Dietary Modulation of the Epigenome.

Contribution of Dietary Supplements to Nutritional Adequacy by Socioeconomic Subgroups in Adults of the United States.

Contribution of Dietary Supplements to Nutritional Adequacy in Race/Ethnic Population Subgroups in the United States.

Impact of Frequency of Multi-Vitamin/Multi-Mineral Supplement Intake on Nutritional Adequacy and Nutrient Deficiencies in U.S. Adults.

Trimethylamine N-Oxide, the Microbiome, and Heart and Kidney Disease.

Deletion of one allele of Mthfd1 (methylenetetrahydrofolate dehydrogenase 1) impairs learning in mice.

Choline, Other Methyl-Donors and Epigenetics.

Choline and its metabolites are differently associated with cardiometabolic risk factors, history of cardiovascular disease, and MRI-documented cerebrovascular disease in older adults.

Altered methylation of specific DNA loci in the liver of Bhmt-null mice results in repression of Iqgap2 and F2rl2 and is associated with development of preneoplastic foci.

Vitamin and Mineral Intake Is Inadequate for Most Americans: What Should We Advise Patients About Supplements?

Maternal dietary intake of choline in mice regulates development of the cerebral cortex in the offspring.