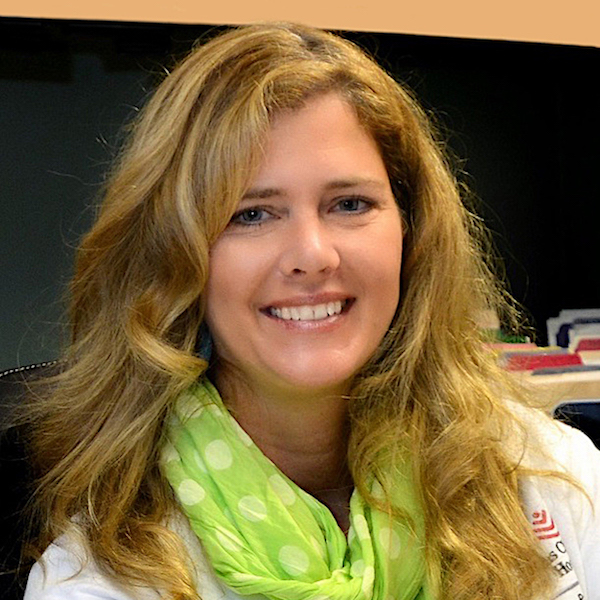 Dr. Kjersti M. Aagaard is a Henry and Emma Meyer Endowed Chair Professor and Vice Chair of Research in the Department of Obstetrics & Gynecology, Division of Maternal-Fetal Medicine at Baylor College of Medicine and Texas Children’s Hospital in Houston, Texas. She earned her MD from the University of Minnesota Medical School in 2000 and went on to complete a Ph.D. at the Mayo Graduate School of Medicine. Dr. Aagaard is board certified in Obstetrics and Gynecology and Maternal-Fetal Medicine and a Fellow of the American College of Obstetrician Gynecologists. She specializes in the field of Maternal-Fetal Medicine. Dr. Aagaard’s research interests include both basic science investigations and translation into clinical research. She is internationally recognized for her work on maternal obesity and nutrition, genomics, the microbiome and prevention of preterm birth. In addition to the Aagaard labs research on epigenetics, they are leading the way in unraveling secrets about our microbiome. They have recently demonstrated that the pregnancy microbiome is distinct, and in fact with 98% certainty they can tell if someone is pregnant simply by sequencing their vaginal microbiome. With respect to pregnancy, the Aagaard lab is funded to understand the microbiome and pregnancy complications leading to later in life diseases. 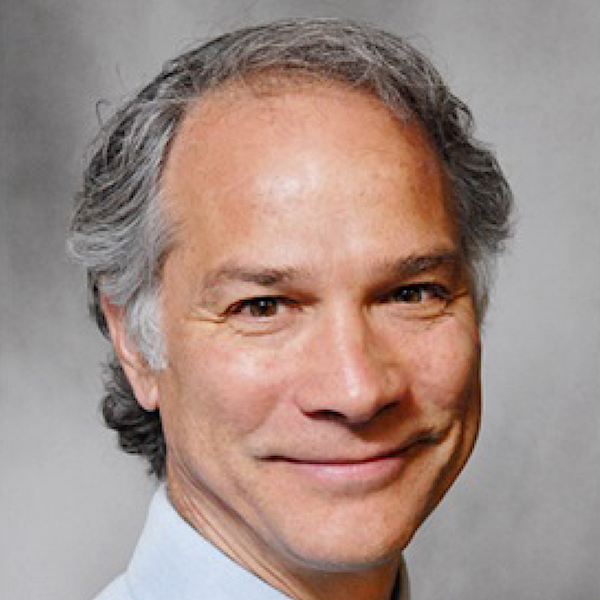 Dr. Michael K. Georgieff is the Martin Lenz Harrison Land Grant Professor of Pediatrics at the University of Minnesota. He is executive vice-chair of Pediatrics, head of the Division of Neonatology and Director of the Center for Neurobehavioral Development at the University. He received his MD at Washington University in St. Louis, and his pediatric/neonatology training at the Children’s Hospital of Philadelphia and at the University of Minnesota. He studies the effect of nutrient deficiencies on the developing brain. He has published over 245 peer-reviewed papers and serves as an advisor to the National Institutes of Health, UNICEF and the American Academy of Pediatrics. 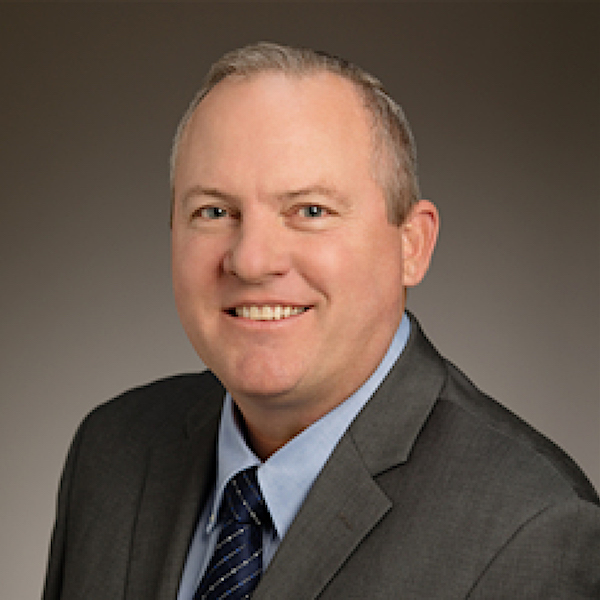 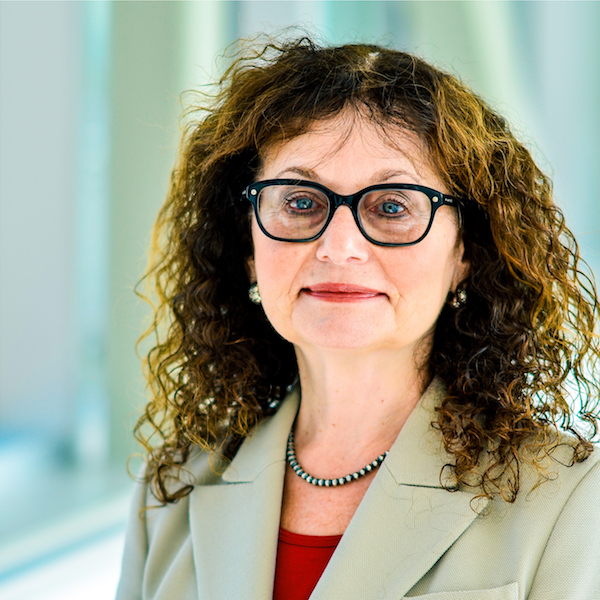 Rima Rozen, PhD, FRSC, FCAHS,  FCCMG  is James McGill Professor of Human Genetics and Pediatrics at McGill University, Montreal, Canada.  She obtained her PhD at McGill University, pursued post-doctoral training at McGill and Yale Universities, and became an Assistant Professor at McGill in 1984.  Professor Rozen received accreditation in Molecular Genetics from the Canadian College of Medical Geneticists and established/operated the first molecular genetics diagnostics service in Quebec from 1985 – 2003. Professor Rozen has held several other senior administrative positions including Associate Vice-Principal (2007-2013) and  Interim Vice-Principal (2010), Research and International Relations at McGill University;  Scientific Director of the Montreal Children’s Hospital/Deputy Scientific Director (1999 -2007) and Acting Scientific Director (2003 – 2004) of the McGill University Health Centre. From 1999 – 2009, Professor Rozen was the Director of the CIHR Medical Genetics Group at McGill, the longest running group in the history of the MRC/CIHR (started in 1972). Her research focuses on genetic variation and gene-nutrient interactions in folate metabolism, to study their impact on various  disorders including reproduction, liver disease, and brain function. Professor Rozen has published over 230 articles/chapters, including one report that has received over 5000 citations. She is the co-editor of a book (“MTHFR Polymorphisms and Disease”) that covers the research area that she developed and for which she has received international recognition.  She has received several awards for her research including the Léo Parizeau Prize of the Association canadienne-francaise pour l’avancement des sciences, the CIHR Senior Scientist Award and the Queen Elizabeth II Diamond Jubilee Medal. Professor Rozen has been inducted into the Royal Society of Canada.

Dr. Cheatham’s research focuses on the relationship between an individual’s genome and the metabolism of nutrients, and how this leads to differences in cognitive and social development. She is interested in the development of memory and attention as they are the basis for learning, and therefore school readiness. 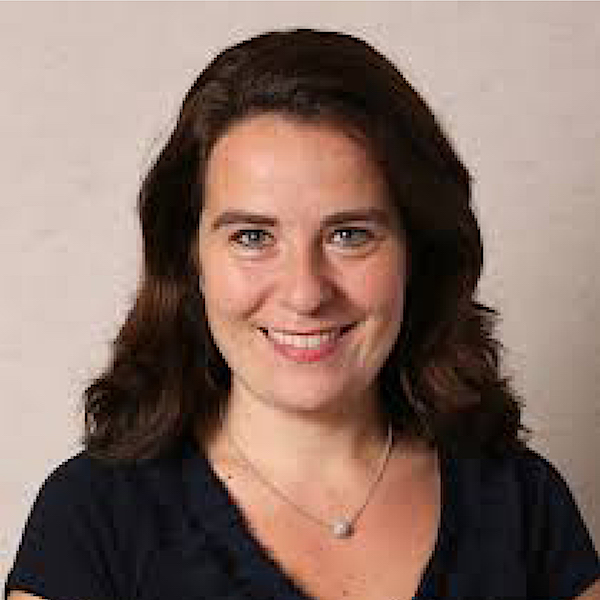 Dr. Gur earned a Bachelor of Science in Biology from Brown University and completed both her MD and PhD as part of the MSTP program at the University of Pennsylvania, where she studied the effects of selective serotonin reuptake inhibitors (SSRIs) on neurogenesis in the laboratory of Dr. Julie Blendy. She completed her residency training in Psychiatry at the Hospital of the University of Pennsylvania, where she honed her research interests in women’s mental health. Her clinical work at Ohio State focuses on perinatal and postnatal depression and anxiety, which dovetails with her research interest on the effect of maternal mental illness and its treatment on the developing organism. She uses a variety of techniques to investigate the transgenerational transmission of mental illness, including rodent models and translational techniques. 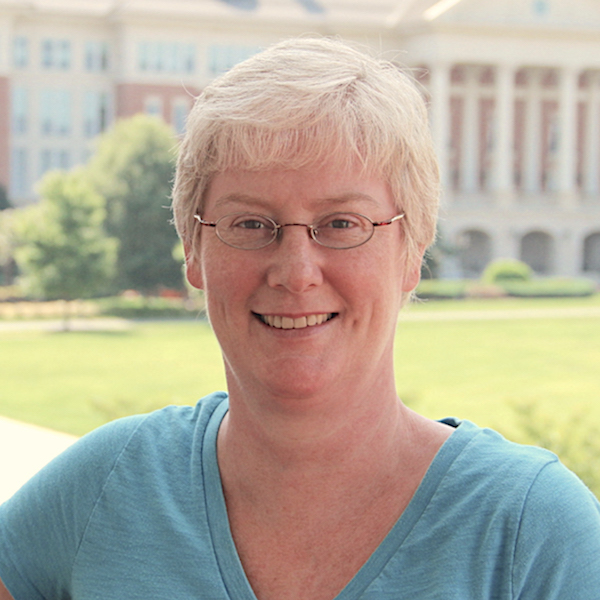 Dr. Mooney’s research program investigates the effect(s) of environment and genes on brain development, with a focus on prenatal alcohol exposure. Current studies use animal models to understand how nutritional needs change after alcohol exposure, thereby increasing the chances that modifying (or personalizing) nutrition will optimize growth and development. This work is supported by the National Institute on Alcohol Abuse and Alcoholism (NIAAA). Dr. Mooney received her Ph.D. from the University of Otago in New Zealand.

The overall theme of Dr. Mooney’s research is to understand normal brain development, how exposure to alcohol (and other drugs or experiences) disrupts this, what the behavioral outcomes are, and whether simple nutrition-based interventions can improve outcomes. Developmental exposure to ethanol profoundly affects development of the nervous system. Indeed, fetal alcohol exposure is described as the primary known cause of mental retardation, and recent estimates suggest that 2-5% of US children can be diagnosed with a Fetal Alcohol Spectrum Disorder. 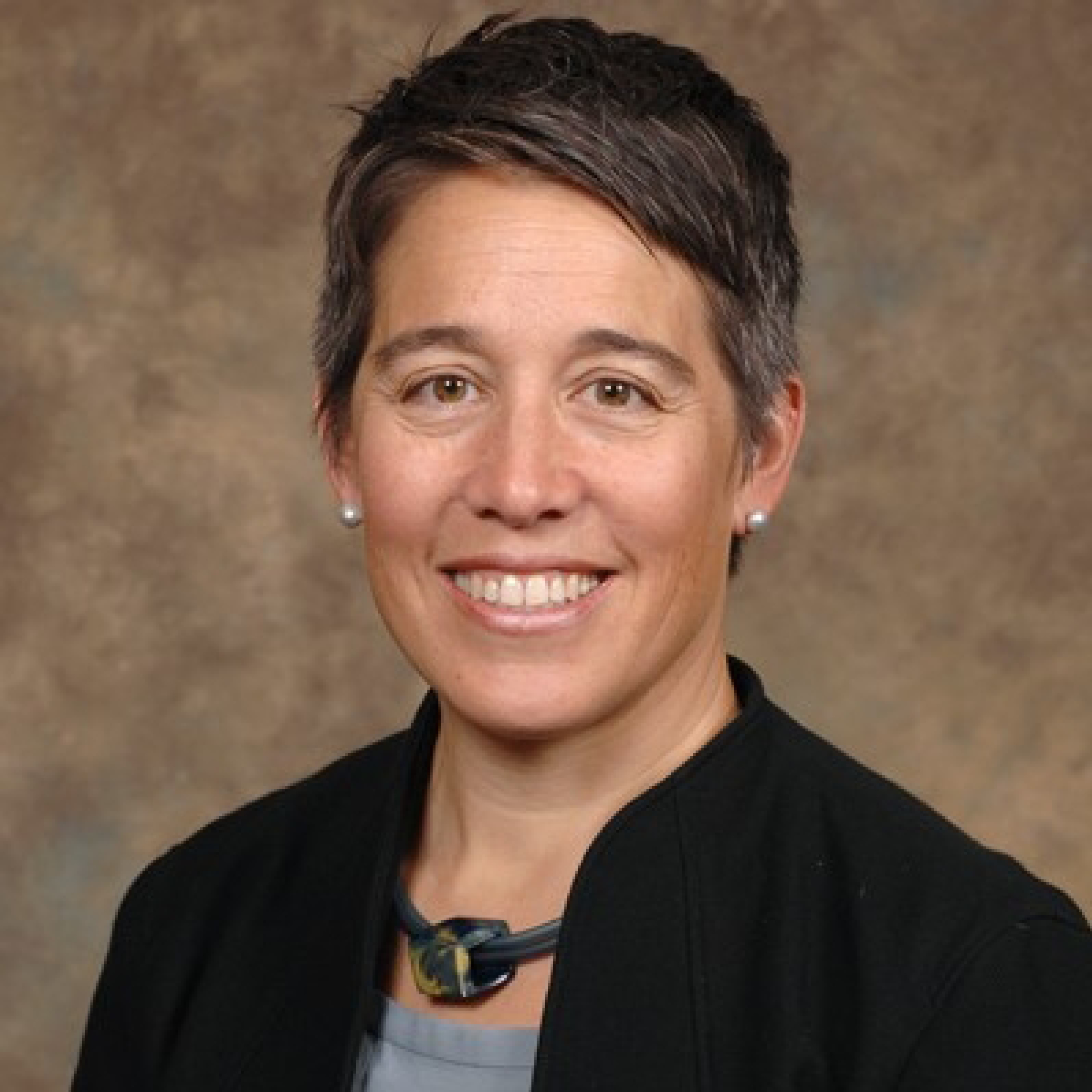 Dr. Reyes received her PhD from the University of Wisconsin-Madison, where she investigated sickness behavior and neuroimmunology in a primate model. Her training continued in a postdoctoral fellowship at the Salk Institute for Biological Studies in the Lab of Neuronal Structure and Function. Working in a rodent model, she examined transcriptional responses within the hypothalamus in response to different stressors. She has held faculty positions at the Scripps Institute and the University of Pennsylvania, and is now an Associate Professor at the University of Cincinnati. Dr. Reyes is also the co-director of the Summer Undergraduate Research Program in Neuroscience at the University of Cincinnati. Dr. Reyes’s lab is interested in how early life environment shapes brain development and cognition. 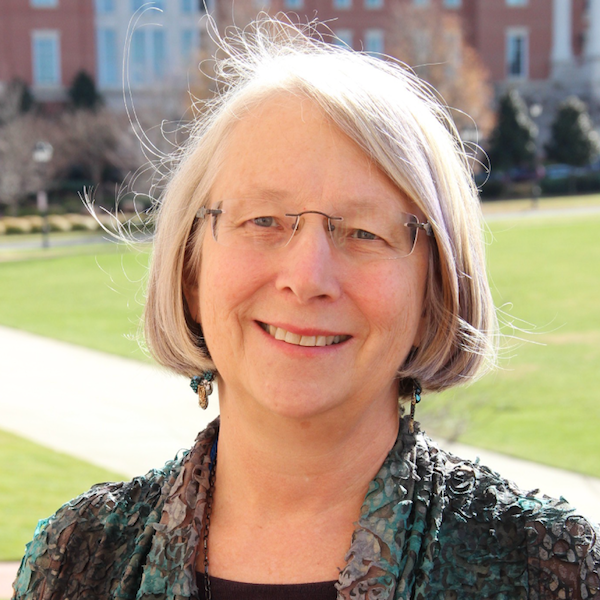 Dr. Susan Smith, Deputy Director for Science, joined the NRI in July 2016 after a long career as Professor at the University of Wisconsin-Madison. She received her PhD in biochemistry from UW-Madison and was a postdoctoral fellow at Harvard Medical School in developmental biology. Her research investigates how genes and dietary factors interact to direct fetal outcome in alcohol-exposed pregnancies, and her work uses both animal models and clinical populations. Her work is supported by the National Institutes of Health, where she was a MERIT recipient and currently sits on the NIAAA Advisory Council. 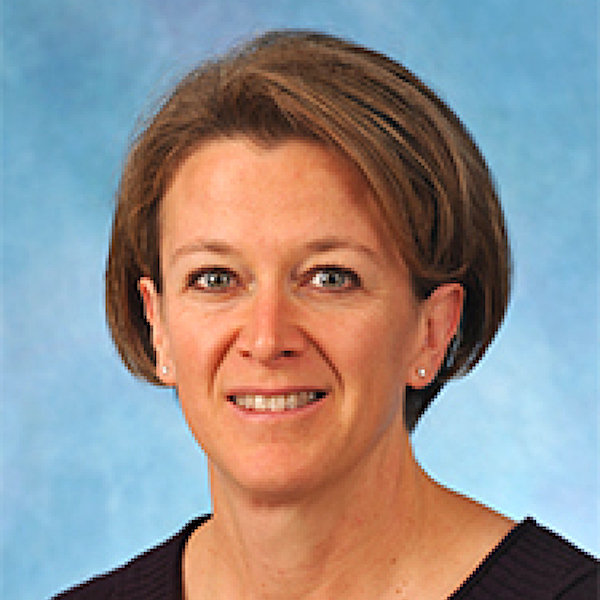 Dr. Tarantino is an Associate Professor in the Department of Genetics in the School of Medicine and the Division of Pharmacotherapies and Experimental Therapeutics in the Eshelman School of Pharmacy at the University of North Carolina at Chapel Hill. She received her PhD in Genetics at The Pennsylvania State University and did postdoctoral work at the University of Pennsylvania and the Genomics Institute of the Novartis Research Foundation. Her research is focused on behavioral genetics with the overall goal of identifying genetic variants that increase risk for neuropsychiatric diseases including anxiety, depression and addiction. Dr. Tarantino’s laboratory utilizes newly developed genetic reference and mapping populations, the Collaborative Cross (CC) and Diversity Outbred (DO). These populations were designed to increase genetic and phenotypic variation over existing experimental populations and support systems genetic approaches to study complex traits like behavior. Dr. Tarantino’s laboratory uses the CC and DO to identify genetic factors that contribute to behavioral phenotypes and investigate how genetic background interacts with the environment to alter behavior. Her laboratory recently conducted a study to examine how in utero exposure to different dietary deficiencies impacts behavioral outcomes and gene expression in adult offspring. 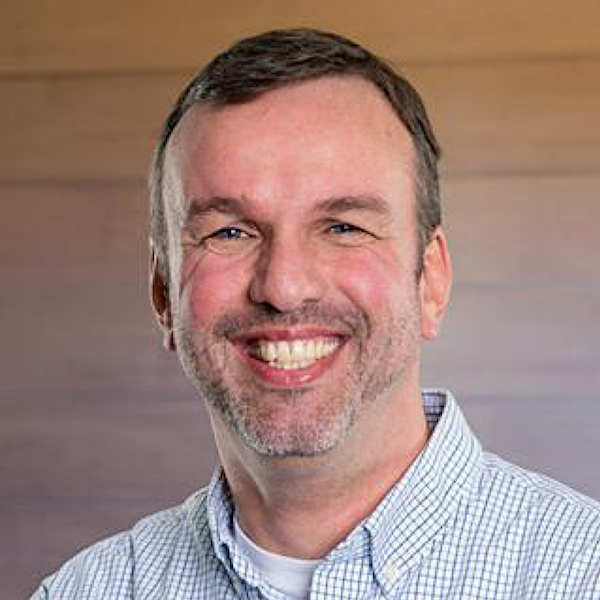 Dr. van Wijngaarden received an MSc in Environmental Sciences from Wageningen University in The Netherlands, and a PhD in Epidemiology from University of North Carolina at Chapel Hill. He is a Fellow of the American College of Epidemiology. He is Associate Chair in the Department of Public Health Sciences. He has published over 110 peer-reviewed manuscripts primarily in the areas of environmental and occupational health, and in neurocognitive and neurobehavioral outcomes. He has extensive experience in managing and conducting epidemiologic studies, in leading interdisciplinary research teams, and in academic leadership.